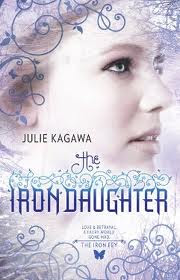 Summary from Goodreads(a beyond amazing site):Half Summer faery princess, half human, Meghan has never fit in anywhere. Deserted by the Winter prince she thought loved her, she is prisoner to the Winter faery queen. As war looms between Summer and Winter, Meghan knows that the real danger comes from the Iron fey—ironbound faeries that only she and her absent prince have seen. But no one believes her.
Worse, Meghan's own fey powers have been cut off. She's stuck in Faery with only her wits for help. Trusting anyone would be foolish. Trusting a seeming traitor could be deadly. But even as she grows a backbone of iron, Meghan can't help but hear the whispers of longing in her all-too-human heart.

I am in love with this series! I can't believe I didn't even read it before! If possible, it was even better than the first!!!!!! Beyond Amazing!!!!
There's even more of Ash in this book... which drives me crazy! He's slightly more open in this one, you learn a little more about Ariella and himself. Oh, I LOVE Ash! Do I need to say more? Meghan was there, she's stronger than the girl she was in the Iron Knight, which is pretty strong. And PUCK! Oh, what happens in the book must have killed him, especially who Meghan chose! Poor, poor Puck. Though I have to say, I was always Team Ash...
Oh, and Grim! He was always one of my favorite cats, and I like him even more. He seems even smarter than in the Iron King, and of course, always amused. He still pulled one of his "I am a cat" things on Meg again, but what can you expect from a cat? Oh, and I noticed in every book so far, which is two, Grim pulls exactly one "I am a cat" saying. I have to say, that's an awesome slogan!
The plot! I can't say much, but let me tell you, there are tons of twists and turns! ***********Spoiler!*********** Rowan? Why?! And Virus? I can't believe it was you! Wow... so unbelievable!******end spoiler*******
This book was awesome! But you should still read The Iron King first. Now I just need to read the Iron Queen...
Posted by Valerie at 2:06 PM No comments:

I'm continuing the game started on the Ya-sisterhood blog, desert island books! If I was on a desert island, these are the books I would choose...
1.) the Bible 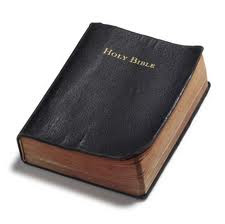 2.) the Mortal Instruments series, by Cassandra Clare
3.) the Iron Fey series, by Julie Kagawa
4.) the Gallagher girls series, by Allie Carter
5.) the Hex Hall series, by Rachel Hawkins
6.) Between Shades of Gray, by Ruta Sepetys
7.) the Anne of Green Gables series, by L. M. Montgomery
8.) the Fablehaven series, by Brandon Mull
9.) Along For the Ride, by Sarah Dessen
10.) the Percy Jackson series, by Rick Riordan
Posted by Valerie at 8:21 PM No comments:

Usually, I don't read books with fairies. Or faeries. But The Iron King was an exception. It was awesome!! I don't know where to begin! Definitely 5 out of 5 stars!!!
By Julie Kagawa, out now!!!!!!!
Summary from Goodreads: Meghan Chase has a secret destiny; one she could never have imagined.
Something has always felt slightly off in Meghan's life, ever since her father disappeared before her eyes when she was six. She has never quite fit in at school or at home.
When a dark stranger begins watching her from afar, and her prankster best friend becomes strangely protective of her, Meghan senses that everything she's known is about to change.
But she could never have guessed the truth - that she is the daughter of a mythical faery king and is a pawn in a deadly war. Now Meghan will learn just how far she'll go to save someone she cares about, to stop a mysterious evil no faery creature dare face; and to find love with a young prince who might rather see her dead than let her touch his icy heart

Whoa. I thought this was going to be your average fairy, excuse me, faerie book. Well, it's not. Megan is an awesome character! Well, they all are. She's strong,smart, funny, clever... what's not to love? Oh, and did I mention her friend Robbie Goodfell, aka Puck? Yes, Puck! Puck was awesome! He was funny, dashing(ish), clever, and all around mischevious! He was perfect! Oh... and there's Ash. Ash is the ice prince, son of Mab. He was so icy... and cold and goodlooking... In other words, I love him!!!! Please Ash, don't like Meghan, like me!!!!! He really guards his emotions so you can't tell what he's thinking... which makes it even more fun to read about him and Meghan...

Julie Kagawa's writing is awesome! She doesn't stuff you with information. She doesn't ever have a boring scene. Her voice is fun and easy to relate to! It has awesome description and narration.

Not only that, but everything was well-balanced. It wasn't just a Meghan/Ash love story(though I wouldn't have minded). It had a bit of everything! Love story, adventure, action... the list never ends.

Basically, this book is AMAZING! I will never stop swooning about it! Read it and fall in love with Ash and the book!!!!!!!
Posted by Valerie at 5:47 PM No comments:

I just finished Clockwork Angel, by Cassandra Clare! It is AMAZING! Beyond awesome! Definitely 5 out of 5 stars! It's already out now, so buy it! 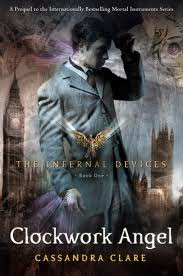 When sixteen-year-old Tessa Gray crosses the ocean to find her brother, her destination is England, the time is the reign of Queen Victoria, and something terrifying is waiting for her in London's Downworld, where vampires, warlocks and other supernatural folk stalk the gaslit streets. Only the Shadowhunters, warriors dedicated to ridding the world of demons, keep order amidst the chaos.

Kidnapped by the mysterious Dark Sisters, members of a secret organization called The Pandemonium Club, Tessa soon learns that she herself is a Downworlder with a rare ability: the power to transform, at will, into another person. What's more, the Magister, the shadowy figure who runs the Club, will stop at nothing to claim Tessa's power for his own.

Friendless and hunted, Tessa takes refuge with the Shadowhunters of the London Institute, who swear to find her brother if she will use her power to help them. She soon finds herself fascinated by--and torn between--two best friends: James, whose fragile beauty hides a deadly secret, and blue-eyed Will, whose caustic wit and volatile moods keep everyone in his life at arm's length...everyone, that is, but Tessa. As their search draws them deep into the heart of an arcane plot that threatens to destroy the Shadowhunters, Tessa realizes that she may need to choose between saving her brother and helping her new friends save the world...and that love may be the most dangerous magic of all.


I LOVED IT!!!!!!!!!!! You might be asking, what did you like?
1. The Characters.
Tessa is an awesome protagonist. She is thoughtful, caring and strong. She's independent and doesn't need other people, which is a nice change from most characters. I liked how smart she was.

Will! Oh, Will was done to perfection! Swoon! He is described as having black hair and blue eyes, a striking combination. And I'm still swooning......             If you're a fan of Jace from the Mortal Instruments series, then you'll really love Will. He's sarcastic, moody and a total crush-worthy guy/Shadowhunter!

Jem. I LOVE JEM! I was really tired of nice, delicate guys, but Jem is so much more than that! He is so sweet, so calm and so, so .........  He believes in you, doesn't question what you do, well most of the time anyways.   I like how he has silver eyes, so different from the normal looks. But of course, Jem's not normal. Jem, why do you have to like Tessa? How about..... me?

all the other characters: There are so many more characters, all so diverse and unique. I love them all, yup, even the villians. They're all so welly(is that a word)? described, and awesome!

2. The setting
I love London, especially the Victorian era. I'm so glad Cassandra Clare chose it! I can just imagine Tessa walking down the streets of Victorian London, the gray skies and everything else. The setting really fit the rest of the book. If it was set anywhere else, the book would be so much worse. There aren't many books set in that era, so it was a really nice change.

3. the love triangle
Sure, almost all ya books have a love triangle, but this one is good! Will and Jem are complete opposites, both totally crush-worthy! Just when I'm leaning towards Will, Jem does or says something totally sweet and then I don't know who to choose. Not only that, but Tessa is caught between both of them so you really don't know who she will choose. It's not like the Bella/Edward/Jacob one, where Jacob was obviously the underdog. Well, that's what makes it more fun! Seriously, give me either of them and I will be happy!

4. the Twists!
I really can't say much.... or else that would be spoiling the book. But let's just say just when I was gathering my thoughts, everything totally changed. The twists start as early as chapter 2. Now I really don't know what's going to happen next... do I?
******Spoiler alert!*********** Nathan? Wow! That was... unexpected! Poor, poor Tessa! I did not see that one coming!*****end spoiler*****
This book has even more twists than the Mortal Instruments series... which is saying a lot! Anyways go and get this book!

5. ... everything else!
Whatever I didn't mention before, I'm going to mention now! This book is beyond amazing! I'm going to die by the time Clockwork Prince comes out! The only thing you need to do is get this book... NOW! It's totally worth the price!

Now, how do I get a Clockwork Prince arc?
Posted by Valerie at 3:01 PM No comments: